Send McClintock back to his own District. 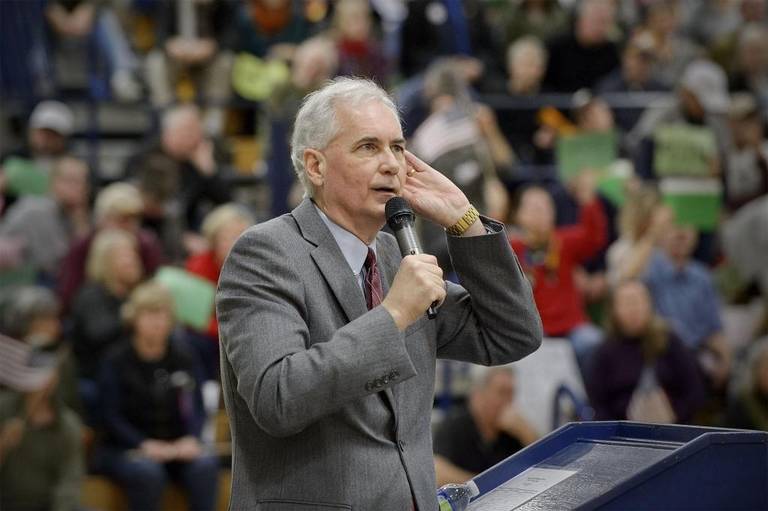 It’s almost as if Tom McClintock wants us to send him back to his own District. As if — somewhere deep inside — he knows that he doesn’t have what it takes to fix the problems we face. As if he’s admitted to himself that he does not deserve to represent California’s 4th District.

“It’s not climate change. It’s bad management,” Tom McClintock declared on Fox Business this week. Discussing the challenges facing California in addressing the rising threat of wildfires, he acknowledged that federal policy is a huge part of the problem. He blamed people who advocate to protect our natural resources — a convenient scapegoat for him — but he could not deny that the federal government must play a role in fixing this problem, because half of California’s forests are on federal land.

Both prongs of Tom McClintock’s glib declaration demonstrate why he needs to be replaced by someone who acknowledges the problems we face and is committed to finding real solutions.

First, his stubborn refusal to even acknowledge the threat of climate change puts Tom McClintock among the most extreme elements of his party. Most politicians admit that the climate is changing. It’s hard to deny at this point, as we face year after year of record-breaking heat and long spells of drought. They may disagree on the cause, but they agree that our world is changing around us. Tom McClintock won’t even acknowledge the role of climate change in California’s ever-increasing wildfires. He’ll never be able to offer solutions because he refuses to see the problem.

Second, if the federal government is failing in its management of federal lands — and it is — few people deserve more blame than Tom McClintock. He’s represented the 4th District, one of the most vulnerable Districts in California, for more than a decade. He sits on the House Committee on Natural Resources, where he’s a Member of the Subcommittee on National Parks, Forests, and Public Lands. He was part of a unified government — in complete Republican control — for the first two years of Trump’s presidency. But nothing has gotten done. All of these years later, Tom McClintock has not passed a single bill to address these problems. He either can’t, or he won’t. Neither is acceptable.

Join us, as we fight to send Tom McClintock back to his own District, and to finally stop him from selling us out, one vote at a time.

Because we know, as Margaret Mead said, that “a small group of thoughtful, committed people can change the world. Indeed, it’s the only thing that ever has.”

Donate to Sierra Forward via ActBlue

Paid for by Sierra Forward (www.sierraforward.com) and not authorized by any candidate or candidate’s committee.

Contributions are not tax deductible

Upcoming Events: [Due to COVID-19 Pandemic many events have been canceled check with event organizer]