*** No candidate for Attorney General has been endorsed by the CDP *** 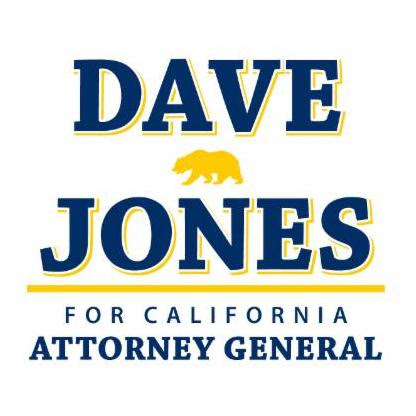 The editorial can be read here: https://www.mercurynews.com/2018/04/19/editorial-dave-jones-would-be-best-balanced-attorney-general

The challenge in the June 6 election is finding the candidate who will protect the state’s values against Trump’s onslaught without politicizing other operations of the office.

For that, the best candidate is Dave Jones, state insurance commissioner since 2010 who has aggressively protected consumers while being fair to the industry he oversees.

Becerra, while filing lawsuits against the Trump Administration that Jones or any other Democrat would file, has given “short-shrift to, or inappropriately politicized, other issues.”

The editorial scorched Becerra for politicizing the office by favoring politically powerful interest groups backing his candidacy.  In one case, Becerra “delayed implementation of a statewide prescription database to curtail opiod overdoses while collecting $70,000 in campaign contributions from the medical industry and doctors, who had resisted the program.

The editorial writers reminded voters that:

We had higher hopes for Becerra when he was appointed. But, beyond his legal challenges to Trump, he’s often been a huge disappointment.

In contrast, Jones understands the multiple demands of the office and will provide much-needed political independence. State residents deserve nothing less.

Upcoming Events: [Due to COVID-19 Pandemic many events have been canceled check with event organizer]